Norfolk Island, the hidden paradise of the Pacific 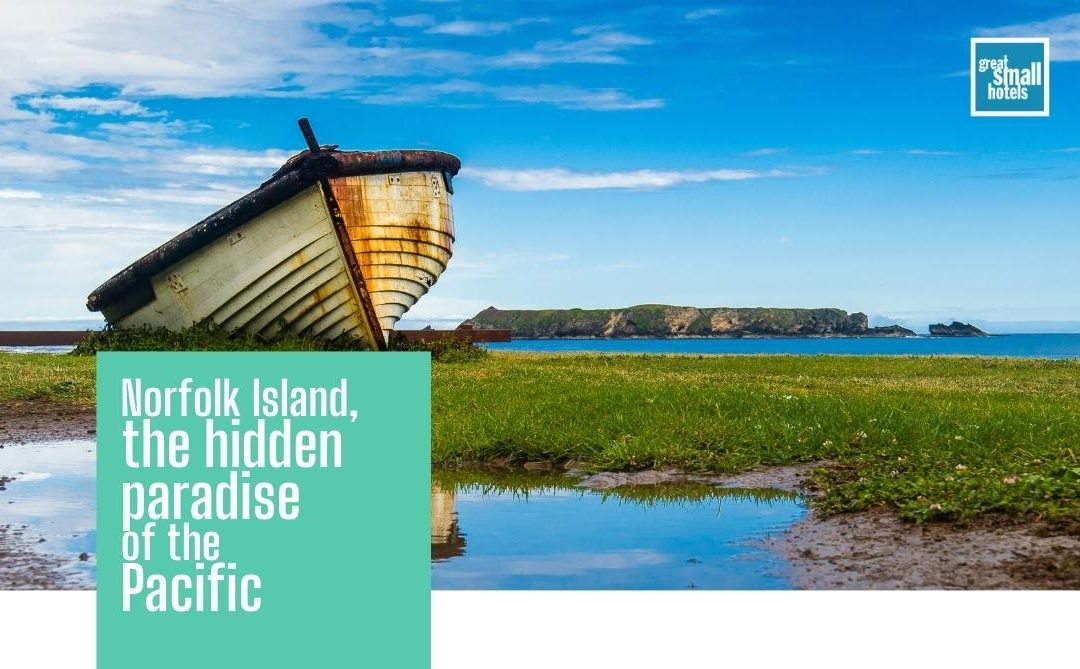 The world is full of beautiful places to visit. However, it is true that there are certain destinations that are much more popular and well-known than others, but beauty is not limited to them. On this occasion, we particularly want to talk about a little-known destination that is considered one of the great beauties and hidden wonders of the Pacific Ocean: Norfolk Island.

Today, Norfolk Island is a territory belonging to Australia, which is made up of three islands located in the Pacific Ocean, particularly between Australia, New Caledonia, and New Zealand. It is also one of the few territories in Australia that is located no less than 1,400 kilometres east of the continent.

Characterized by its flora, which is clearly represented in the pine tree on its flag, the island has an area of ​​36 square kilometres. It is estimated that it was first inhabited by sailors from Polynesia who arrived in the fourteenth century. The first European known to have visited the island was James Cook, in 1774, while on his second voyage through the South Pacific. And it was he, moreover, who gave the name to the island, based on the name of the wife of the first peer of Brittany, ninth Duke of Norfolk.

The story goes that Cook was amazed to see the height of the trees and some flax-like plants of which he took samples to England. Sometime later, the usefulness that these plants could have for the Royal Navy was reported. Keep in mind that Britain relied on flax for sails, just as it relied on New England lumber for ships’ mainmasts. But New England did not provide them with the resource until after the American Revolutionary War. Therefore, after being seen by Cook, Norfolk Island became a source of these resources. That reason was considered of great importance for the founding of the Penal Colony of New South Wales in the year 1788.

Today, Norfolk Island is considered one of the best kept secrets in the South Pacific. While Norfolk Island is geographically closer to New Zealand, it belongs to Australia for historical reasons. Also, its official currency is the Australian dollar. The island has a very strong community of locals estimated at just over 1,700 inhabitants.

One of the most frequent ways to visit Norfolk Island is by renting a vehicle for it. This is because most people seek to stay in nearby cities and do the island in one day, due to its small size.

However, its size should not cause confusion. The truth is that, for visitors, Norfolk Island has endless alternatives that are worth knowing. Some of the best things to see in this place are:

What to do on Norfolk Island?

We have previously seen some of the best places to visit on Norfolk Island. However, we also want to tell you about some activities that you cannot miss if you are visiting this magical hidden paradise in the Pacific.

If you are a lover of knowing the local tradition and if you really want to introduce yourself to the wonders of this paradise, some of the activities that you cannot miss are the following: 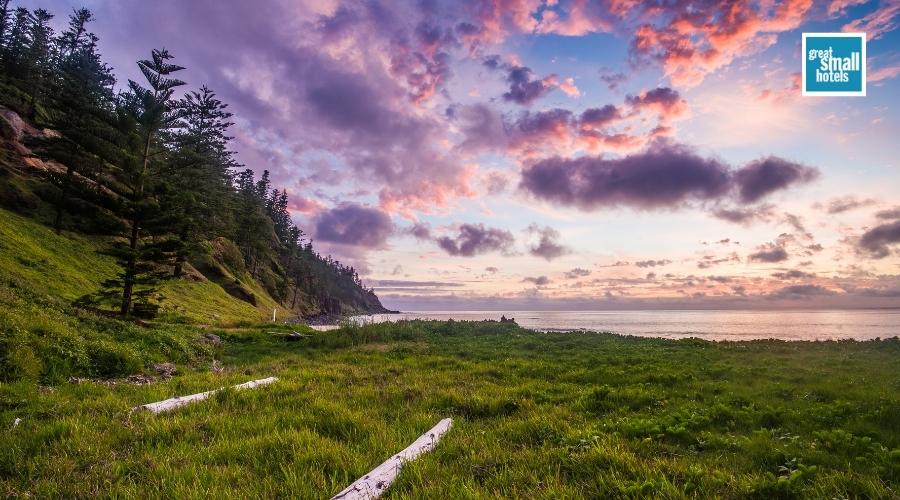 Where to stay to get to know this island?

Tourists who want to visit Norfolk Island usually stay in nearby towns. As we have seen before, this island is close, especially, to New Zealand, while it belongs to Australia. In this sense, the cities of Auckland in New Zealand and Sydney in Australia can be perfect points to approach the island to spend the day and return. The travel time between Sydney and this island by plane is usually no more than two hours.

If you want to visit the island staying in Auckland, New Zealand, the Delamore Lodge hotel may be one of the best alternatives. Occupying a spectacular location on Waiheke Island on a hill overlooking Owhanake Bay, this hotel is housed in a very elegant, Mediterranean-inspired building with luxurious facilities and boutique-style accommodation.

This hotel is considered as the perfect base to have excellent vacation experiences both in the city and in all the nearby islands, including Norfolk Island. In addition to its strategic location and its proximity to beautiful beaches, vineyards, and restaurants, the hotel has various excellent services such as a tropical rock pool and waterfall, a deep Jacuzzi, among other things. 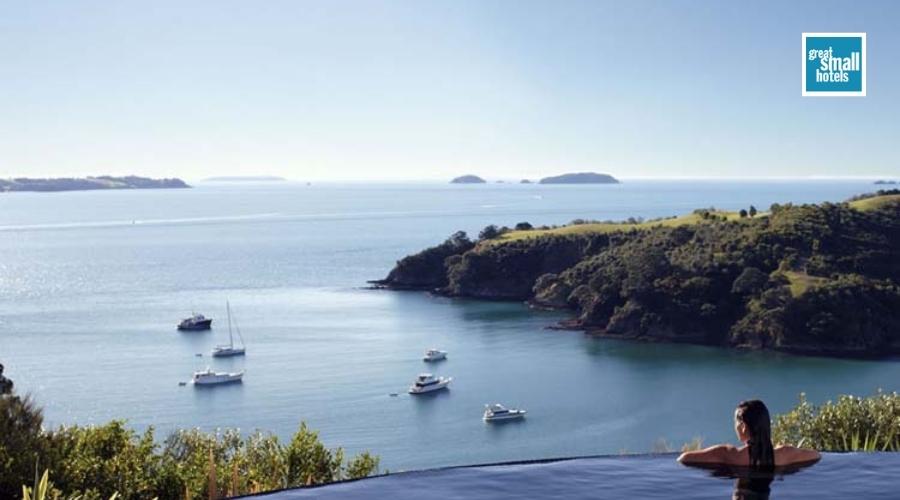 On the other hand, we have said that one of the main points from which to depart for Norfolk Island is Sydney. In this incredible Australian city, you can find the 1888 Hotel by 8Hotels in a building from the end of the 19th century that has been perfectly restored. It is considered as a perfect point to visit the centre of Sydney but also the islands close to the mainland, while receiving accommodation in a luxury boutique hotel whose property has been listed as heritage, for combining old world charm with design and contemporary comfort. 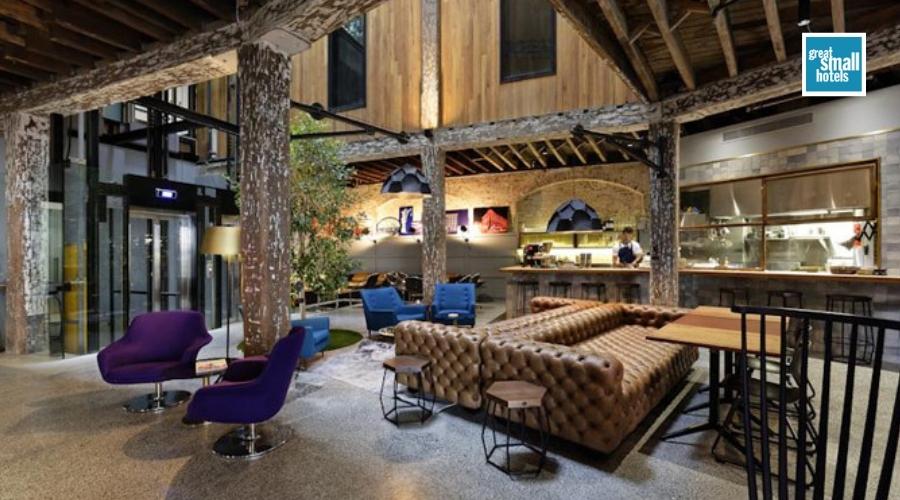