This summer discover the historic architecture of Sevilla 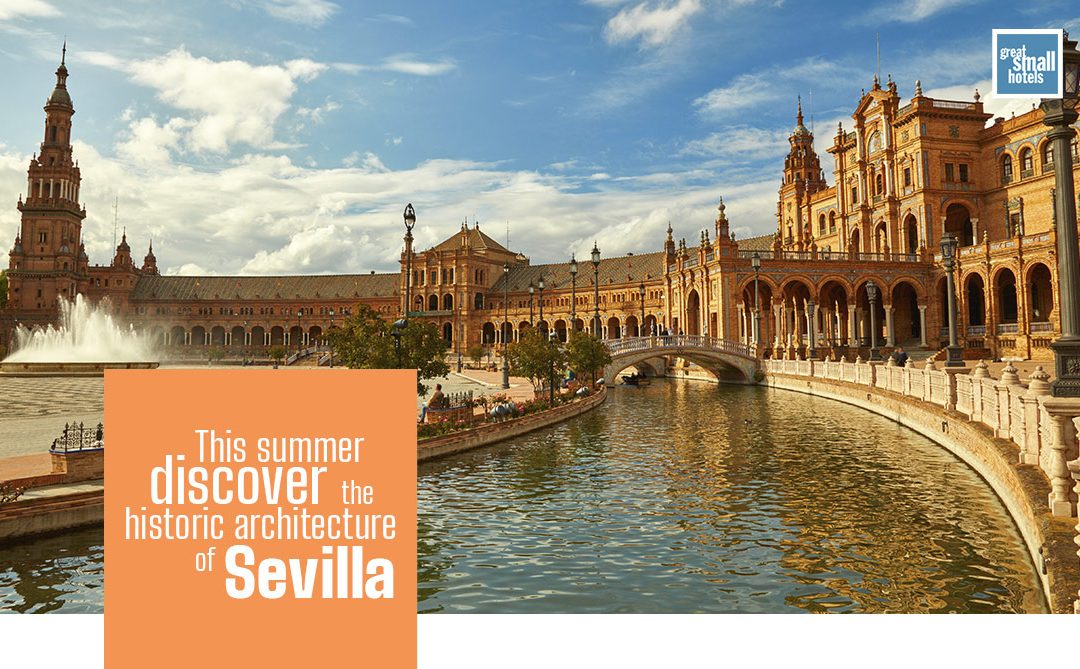 One of the most authentic beauties of Europe is that many of its cities, no matter how large or small, are a living, open book of our history. Their old towns and iconic buildings they keep always remind us of the immortality of our past, shouting the wealth and brilliant minds of rulers and emperors out, and whispering at the same time the hardships and inhuman efforts of the forgotten members of the labor force that actually erected those masterpieces. Architecture of Sevilla (which is the Spanish for Seville) is probably the best example of that. This Spaniard city preserves centuries of history written by different civilizations, religions, and kings.

Simultaneously, it offers state of the art infrastructure, the latest fashion trends, and cutting edge lifestyle. There is no way of getting bored, no matter how many days to spend there. That is something for you to verify once there. For the time being, this article will tell you everything you must know about the architecture of Sevilla. The main tourist attractions, landmark edifices, and emblematic constructions to visit. 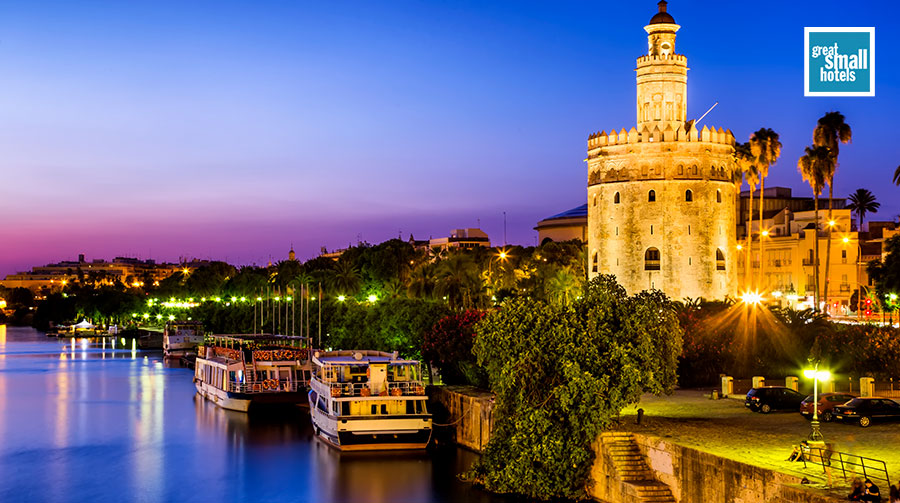 Perhaps the most meaningful aspect of the architecture of Sevilla is that this city blends traces of different religious domains, as well as shifts from one kingdom to another. Alongside its centuries of history, Seville was under Visigoth power, was invaded by Muslims, sacked by Vikings, and conquered by a Catholic monarchy. Moreover, it is the only Spanish noncoastal city to have a harbor, because of its amazing Guadalquivir River. Each and every one of these aspects, and many others from an interminable list, has an impact on the astonishing infrastructure of the city. 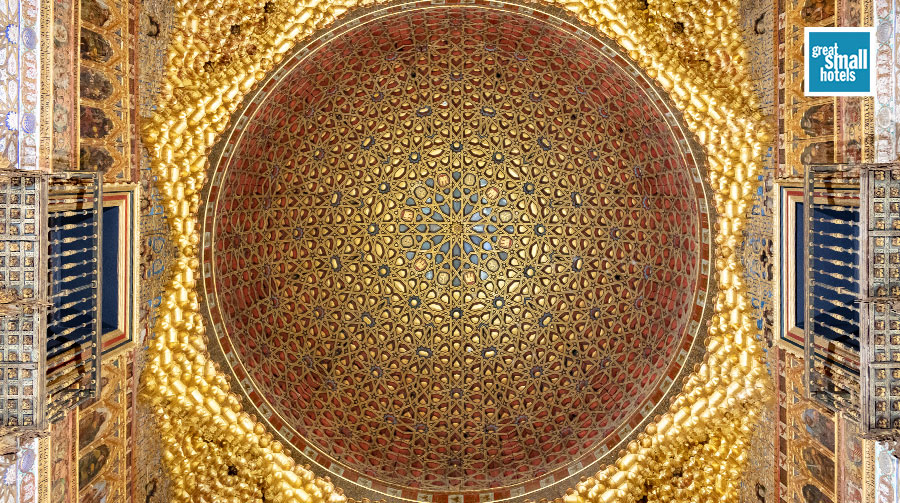 This fortress is considered World Heritage Site by UNESCO. This landmark in the architecture of Sevilla is the earliest active royal palace in Europe. It began to be built as it is known today under the Moorish domain. Then, after the Catholic reconquest, respective kings kept using it on for that purpose. There you will find many quaint stays, as Puerta Principal or Patio de las Doncellas, as well as the oldest of them: Sala de los Embajadores. Last, but not least, Sala de Audiencias has a must-see decoration. 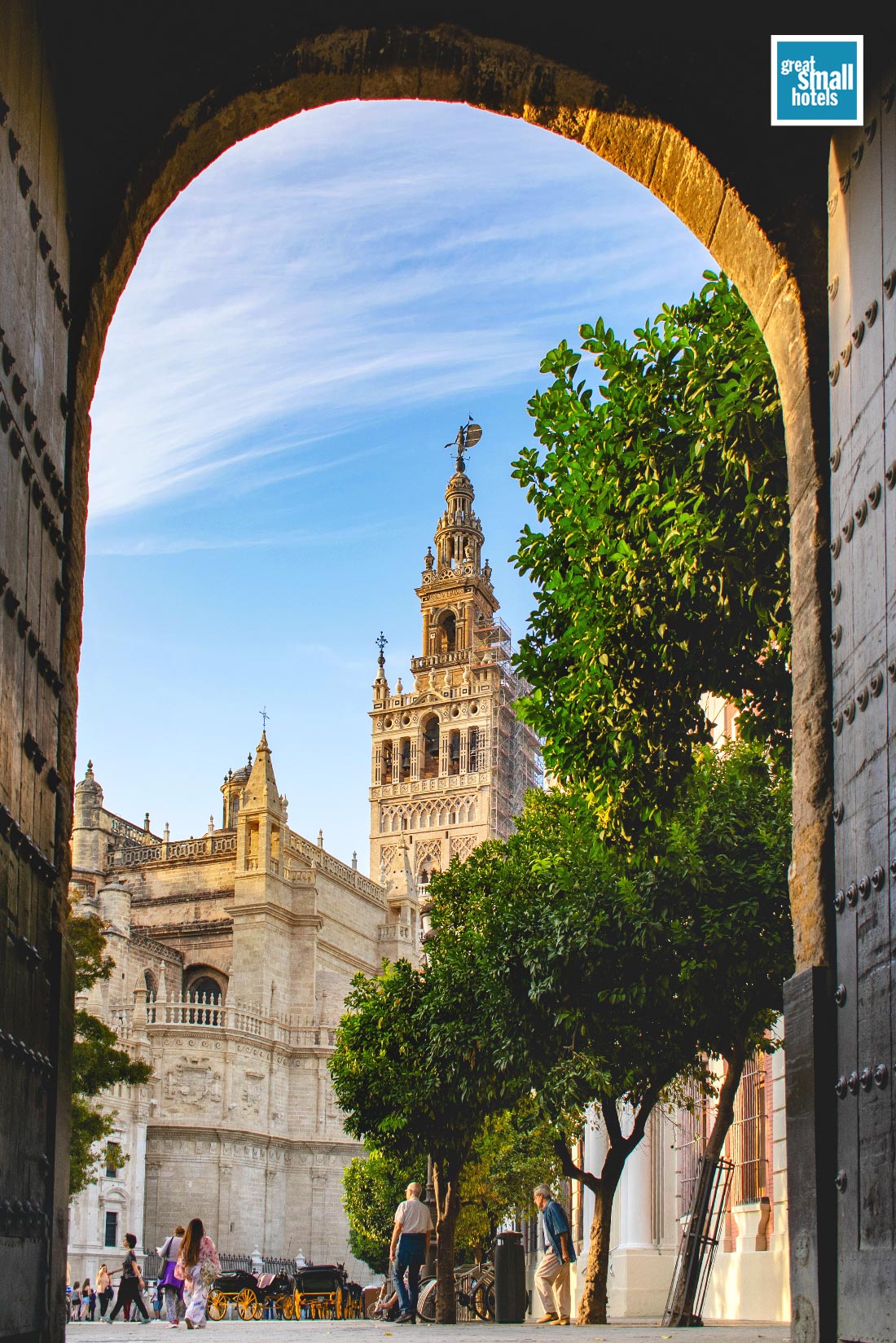 This magnificent building results breathtaking for every visitor, and it is another UNESCO World Heritage Site. The construction of the largest Gothic cathedral in the world took more than a hundred years, beginning in early 1400, over the original Aljama Mosque. Even when Gothic is its main architectonic style, it also offers baroque and Renaissance views. The main nave is supplemented by La Giralda, Patio de los Naranjos, and the Capilla Real, all of them lavish, high-end attractions.

Plaza de España is not another one of those typical squares where people feed the pigeons. This dazzling site is a fifty thousand square meters park, which is surrounded by semicircular buildings and coupled by a canal that goes through the square. To complete this piece of art, a fountain awaits in the middle of the square to become part of one of the best pictures you could get from Spain.

Architecture of Sevilla, at night

Finally, any recommendation of this city should add one last paragraph to warn that night walks are so important as daylight strolls. Every historic building, square, street and park shows its flip side, to definitely make you fell for the city and its attractions.

In conclusion, even when perhaps Seville is less promoted than Madrid or Barcelona, it is at least equally important and valuable. Everyone should undoubtedly visit Seville. You cannot help but fall in love with it, especially in summer.